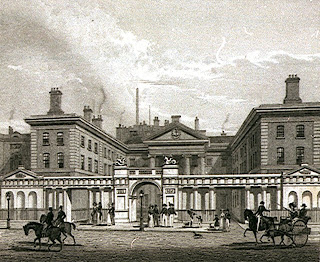 Saw Mr Awdry at Admiralty about new scheme for appointments at R.O.

Rebekah Higgitt says.....
Christie's ideas about creating a larger and more permanent workforce were proving contentious, since they would be expensive. It required a lot of discussion with the Observatory's paymasters at the Admiralty and Treasury. Part of the problem was that in the 1870s the choice of staff began to be made by Civil Service Examination, which attracted candidates that were not necessarily well-suited to the practical nature of work at the ROG. Looking back at this period, Henry Park Hollis recalled the "internal opposition in addition to the normal opposition to increase of staff and expenditure from the controlling officers of the Admiralty and Treasury" and that, as a result, "Much of [Christie's] time was spent on official interviews and correspondence on these matters" (Hollis's obituary of Christie, Monthly Notices of the Royal Astronomical Society, 1922).
Posted by Rebekah Higgitt