The crown lens of the 28in telescope was reversed to the photographic position the separation of the lenses having being reduced to 3.71 in. 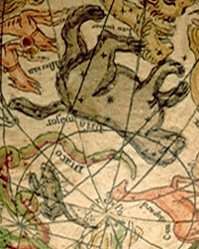 RH says..... Christie was still trialing the reversable photographic-visual lens of the new 28-inch telescope. Meanwhile, the RGO archives record some of the more regular observations being undertaken with other equatorial telescopes at the Observatory. On this day, observations were made of "Pseudo/Euterpe", probably with the Sheepshanks telescope, and some trial observations of Ursa Major are also recorded. The first was presumably the asteroid or minor planet 27 Euterpe, discovered in 1853 by the British astronomer John Russell Hind, who had been an assistant at the ROG from 1840-44.
Posted by Rebekah Higgitt