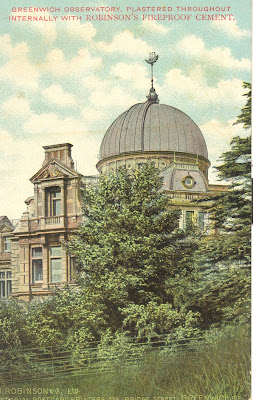 
RH says..... The Blackman Ventilating Company was set up in 1883, in north London, making fans to remove steam from laundries and paper mills and to dry timber, bricks and leather. It was later known as Keith Blackman and still exists, manufacturing ventilation fans for a wide range of uses. The New Physical Observatory made use of various innovative techniques and products. This image, for example, is a postcard that advertises Robinson's Fireproof Cement, used to plaster the building's interior.
Posted by Rebekah Higgitt