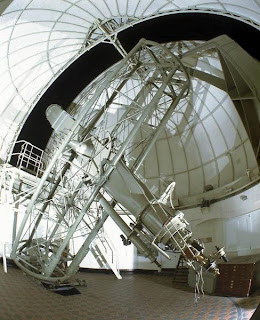 Distance between crown & flint lenses of 28in O.G. reduced by 3/16in from 4 1/4in to 4 1/16in (relatively to visual position) and crown lens shifted upwards by 1/22in. Wrote to Grubb about proposed 26in Photo-Telescope[.] Presided at Congratulatory dinner to Prof. Turner in evening.
William Christie, Astronomer Royal
RH says.....
As Christie reported to the Board of Visitors in the summer, he and his staff spent a long time working on the adjustment of this new telescope's object glass because of its novel design (see here for more information). The OG could be reversed and the separation of the crown and flint lenses adjusted in order to alter the correction for chromatic aberration necessary for either visual or photographic use. The maker, Sir Howard Grubb declared them "the finest pair of discs of their size which have ever been made". Grubb and his Dublin firm were now in business with Greenwich again, as Christie sent off his order for the new 26-inch telescope paid for by Sir Henry Thompson.
*
Turner's slow goodbye to Greenwich continued through this month as he worked out his period as Chief Assistant and trained his successor, before leaving finally and formally leaving for his Oxford professorship.
Posted by Rebekah Higgitt