RH says.... There is another gap in both Christie's and Dyson's journals at this point, so a good excuse to look at some other sources of information. Given that the switch-over between Turner and Dyson has just taken place, I have been looking into the way that Chief Assistants were appointed and came across some interesting comments made by Turner in - of all places - his obituary of Christie (H.H. Turner, ‘Sir William Henry Mahoney Christie’, The Observatory, March 1922, 77-81).

It had become a tradition that Greenwich's Chief Assistants were chosen from Trinity College, Cambridge, being among the top wranglers (those who came highest in the Mathematical Tripos exam) and probably winners or high competitors in the Smith's Prize (see Cambridge's Department of Mathematics History for more information) and Sheepshanks Exhibition in Astronomy. This meant that they were the best mathematically-trained men that the country could produce, with a profound understanding of theoretical astronomy and Newton's Principia, but they had not necessarily ever handled a telescope.

This manner of selecting Chief Assistants was criticised from two quarters. One objection was that these might not be practical men and, as the Astronomer Royal at the Cape of Good Hope, David Gill, said "They enter into chief positions where they have to superintend men who know much more about practical work than they do, and they have to pick up what they can of a hard and fast hide-bound system – which they are taught to regard as unquestionably superior to all others". Another objection came from those junior colleagues, who believed that internal promotion was a better solution. Turner - an outsider from Cambridge - had this to say, claiming “more than a personal issue was involved” : 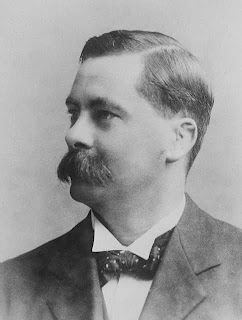 "When Airy retired in 1881 ... Christie was appointed to succeed him as Astronomer Royal, thus vacating his position as Chief Assistant, and he was faced with a decision, not only critical at the time but fraught with consequences which have not diminished in importance in the subsequent history of the Royal Observatory. The Staff would naturally have preferred the promotion of one of their own body into the vacant place; and they were encouraged to hope for this solution by the amiable but perhaps incautious temporary expedient adopted by Christie himself. He crowned the long and faithful observatory career of Mr. Edward Dunkin by promoting him to the office of Chief Assistant for his last three years of service, seeing that this breathing space would give him time to look for the traditional young mathematician from Cambridge. At the moment he perhaps did not sufficiently recognize the danger of the precedent, which was naturally utilized by the Staff when the three years were over. But Christie stuck to his plan of appointing a Cambridge mathematician, and as the best means known to him of finding the man he wanted, he offered his services as examiner for the Sheepshanks Exhibition at Cambridge, which resulted in my being first elected Sheepshanks Exhibitioner and ultimately Chief Assistant at Greenwich in 1884.

"It has already been remarked that about this time Astronomy and Mathematics had lost touch – and the names of Sheepshanks Exhibitioners prove a good illustration of this fact. The first ten names in the list are all of distinguished mathematicians (the third, for instance, being that of the late Lord Rayleigh, and the tenth Sir J.J. Thomson), but have not subsequently been associated with Astronomy. Then follow H.H. Turner, F.W. Dyson, G.T. Walker, P.H. Cowell, E.T. Whittaker, &c., &c. But for Christie these names, though they might have been the same, would probably, like their predecessors, have been associated with other departments of Science. He might have let the Chief Assistantship at Greenwich go as the Staff wished."

As a trump card, he added that had it not been for Christie's sticking to this tradition, "Eddington might have been lost to Astronomy". Arthur S. Eddington, famous for his work on the theory of relativity when Plumian Professor of Astronomy in Cambridge, was a Chief Assistant in Greenwich from 1906-1913.
Posted by Rebekah Higgitt