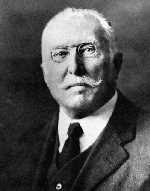 Dr Doberck Director of Hong Kong Obsy called & aired his grievances in regard to Mr& Mrs Plummer, Comee on Photographic Exhbition 1895 at Imperial Institute at 4.

William Christie, Astronomer Royal
*
*
RH says..... William Doberck, according to a recent article, was a "combatative and prickly personality", frustrated in his desire to do astronomical research by his role in an institution founded as a meteorological and magnetic observatory and time service.

The Plummer referred to here is not the one who visted in January and April. This was John Isaac Plummer who was working for Doberck in Hong Kong after working for brief periods in the Cambridge, Greenwich, Glasgow, Durham and Orwell Park Observatories - see this site for more information on Plummer and his problematic relationship with Doberck: already in 1891 Doberck was complaining that "Mr Plummer has turned out to be a most incompetent man, no friend of science in general and a particular enemy of this observatory. He has been very troublesome and his conduct has been ungentlemanly", although he had been warmly recommended by some of his previous employers. This account is also revealing of Christie's role in such staffing matters across the empire. Although the falling-out between Dorberck and Plummer was nearly disasterous, they seem to have overcome their differences in the end, working relatively harmoniously in Hong Kong until 1907 and 1911 respectively.
Posted by Rebekah Higgitt