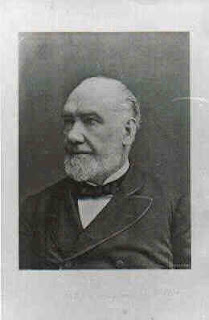 Mr A.N. Wollaston (Assist Secy India Office) called to enquire about the Photoheliograph for India. I mentioned to him the difficulties about arranging for meetings of Indian Obsy Comee & proposed that there should be a fixed date for the meeting & that a clerk from India Office should act as Secy. Letters were written to him subsequently to this effect.

RH says..... Christie arranged for identical photoheliograph telescopes to be used in India and Mauritius to fill in gaps of the Greenwich series of sunspot photographs caused by cloudy weather. The Indian Observatory Committee of the Royal Society and Royal Astronomical Society had been set up in 1885 to monitor the efficiency of the Bombay and Madras observatories. In 1897 it was merged with the Observatories Committee.
Posted by Rebekah Higgitt