The Crown lens of the 28.in was readjusted for tilt. It was found that the ring between the lenses had not been put back when the lens was removed. 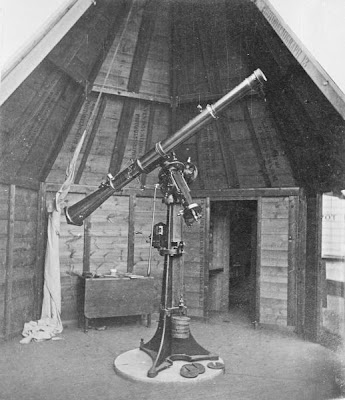 Part of the confusion about photoheliographs at Greenwich is because there were five identical instruments made for the 1874 transit of Venus expeditions. By 1894 three were floating about Greenwich, often with parts interchanged, and two were on loan - one to the Cape Observatory and one to the Science and Art Department. Most of one of these instruments is today mounted at the ROG in the Altazimuth Pavilion.
Posted by Rebekah Higgitt