L., A.C., & myself searched for Comet Holmes. Telegrams came from Kiel & Edinburgh saying that they had searched in vain.

Frank Dyson, Chief Assistant
*
*
RH says..... Comet Holmes had been discovered in 1892 by Edwin Holmes, a British amateur astronomer. It was confirmed by, among others, E.W. Maunder at the ROG. The telegrams came from Kiel Observatory and the Royal Observatory in Edinburgh: the mention of the latter is timely for me as I have just been at a conference in the ROE focusing on the magnificent Crawford Library. The current building on Blackford Hill was not completed by 1894, and the ROE would still have been based on Carlton Hill in the centre of the city. 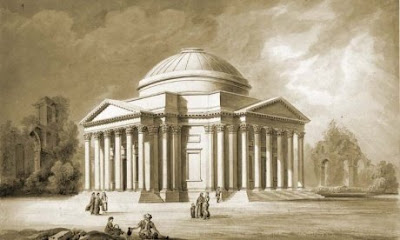